Known for her sharp mind, keen wit, and big heart, Canseco originally hails from Laredo, TX and holds a BA from Mary Baldwin College, graduating Phi Beta Kappa, cum laude in 1979 and completing her undergraduate studies in 3 years.  Her MA is from Texas A&M International University where she graduated with a 4.0 GPA while working full-time and raising a young family.
In 2016, she was one of 20 non-profit leaders selected for the San Antonio Area Foundation’s first Andeavor Leadership Fellow program.  In 2014, she was selected as the Small Business Leader for the NonProfit Sector by the North San Antonio Chamber of Commerce.  She lists Laredo Children’s Advocacy Center and Mercy Ministries of Laredo among her most memorable community service board memberships.

As Director of Development at UT Health Science Center, she was selected to participate in the university’s Leadership Education and Development Institute.  She has held positions as Advancement Director for Mercy Ministries, Program Director positions for Texas A&M International University and The Meadows Foundation.

Gloria is married to former United States Congressman, Francisco Canseco.  Gloria and Quico have three adult children and two granddaughters who they indulge at every possible opportunity.

Dr. Ken Bateman is a Texas Licensed Marriage & Family Therapist and Supervisor, and a Licensed Professional Counselor and Supervisor. He is a Clinical Fellow of the American Association for Marriage & Family Therapists and an AAMFT Approved Supervisor. He is Professor Emeritus of Amberton University where he taught graduate courses in Counseling and Marriage & Family Therapy.  Ken has a private practice in Richardson Texas. His counseling focus is on helping relationships discover new life and developing therapists through supervision. He offers Counseling services in his office in Richardson, TX and is also a Board Certified – Telecounseling Mental-health Provider.  Ken provides alternatives to his clients thru NeurOptimal neurofeedback, Emotional Freedom Techniques, Heart Math and the Baud.  Dr. Bateman is a sought-after speaker for Mental Health organizations, schools, churches and civic clubs.

John is the founder and President of Biel Partners, LLC, a commercial real estate brokerage and property tax consulting group based in Addison, Texas.  His background is in industrial, office and land properties representing tenants, buyers and owners.  He is a proud graduate of the University of Texas at Arlington with a concentration in Real Estate.  He is a volunteer pilot with Angel Flight South Central. John and his wife Molly Beth live in Waxahachie with their sons William and Matthew.

Tim Brown is the Associate Chief of Social Work Mental Health for VA North Texas Health Care System, where he is the director of six programs and provides clinical supervision for social work practice in the Mental Health Division of VANTHCS. He holds a TSBSWE-Board Approved Supervisor status and an Academy of Certified Social Worker from the National Association of Social Workers. Tim is a Social Work Field Instructor for five schools of social work. He was appointed to Texas State Board of Social Worker Examiners by Governor Rick Perry in 2004, again in 2009 and reappointed by Governor Greg Abbott in 2015. Tim has served as the Chair/Presiding Officer of TSBSWE since July 2008. He was appointed by the TSBSWE board to Texas Behavior Health Executive Council in 2019. He has served on the TBHEC Incubation Task Force and TBHEC Hiring Group. Tim has served in multiple leadership roles with the National Association of Social Worker Texas Chapter and the Association of Social Work Boards, currently finishing his term in the Office of the President. He holds a Bachelor of Arts in Social Work from Prairie View A & M University and a Master Social Work with a Specialization in End-of-Life Care from Baylor University.

Susan Fletcher, Ph.D. is a practicing psychologist and licensed specialist in school psychology in Frisco, Texas.  She is in private practice specializing in working with families and also serving in various roles forensically.  She is an author and presents at national conferences.  Dr. Fletcher is a member of the American Psychological Association, Association of Family & Conciliation Courts, American Association of Suicidology and her local professional organizations.  She received her bachelor’s degree in Human Performance from the University of Florida and her graduate degrees from Texas Woman’s University in Counseling Psychology and School Psychology.

Originally from Duncanville, Texas, he graduated from The University of Texas at Austin in 1997 with a Bachelor of Science degree in Radio/Television/Film and obtained his juris doctor from St. Mary’s University School of Law in 2005.

Steven was appointed by Governor Greg Abbott to the Texas State Board of Examiners of Professional Counselors this past summer, and currently serves on the Complaints Committee and Rules Committee. In addition to the Board of Examiners, he serves on the Advisory Board of the Greater Dallas Chapter of the Alzheimer’s Association. He was Chair of the 2017 Greater Dallas Walk to End Alzheimer’s.

Steven is a member of the National Eagle Scout Association and The University of Texas Longhorn Alumni Band. He lives in Rockwall with his wife, two kids and chocolate Labrador Retriever. He enjoys coaching youth soccer, skiing, and cake decorating. 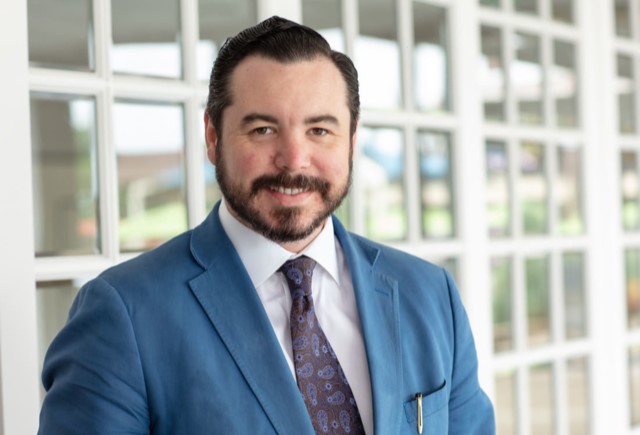 Christopher S. Taylor, Ph.D. LPC-S, author of My Digital Practice and host of the For Self-Examination podcast, is an adjunct professor of counseling ethics at Dallas Theological Seminary and Amberton University. Dr. Taylor utilizes existential psychotherapy to provide treatment for individuals struggling with loss of identity. In 2015, he was appointed by Governor Greg Abbott to serve on the Texas State Board of Examiners of Professional Counselors as a professional member. In 2018, he was unanimously voted as Vice Chair of the board.

Working with various state and private organizations such as Child Protective Services since 2008, Dr. Taylor has experienced the lack of community support for broken homes in both urban and rural communities. In an endeavor to alleviate this issue, Dr. Taylor served as the court coordinator and program developer for Legacy Family Court in Dallas County from 2013 to 2016. In 2015, Legacy Family Court was recognized as “An Agent of Change” by the Council on Drug and Alcohol Abuse and was awarded an official resolution by Dallas County. In 2016, the Agricultural Commissioner appointed Dr. Taylor to serve on the Rural Health Task Force to assist in developing solutions for the expansion of mental health programs in rural Texas communities.

Dr. Taylor completed his Bachelor of Arts in Philosophy with a focus of existentialism at Texas A & M University. He continues to research and write on the subject of identity and existential development.

Executive Staff for the Council